How To Write A Gun Control Essay: Expert Tips 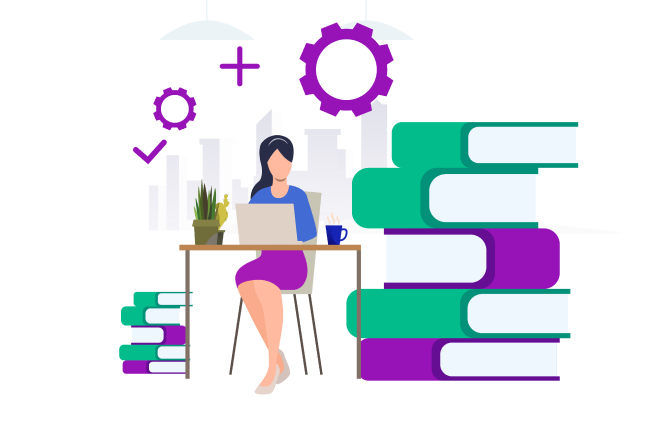 Since the topic has been gaining popularity as of late, there’s a high chance your professor will ask you to write an essay about whether or not we need gun control laws, how to approach them, and so on. To put it simply, you’ll be asked to write a gun control essay, and that’s where you may want to familiarize yourself with other people’s experiences before diving in.

This article is intended to make the process of writing a gun control essay understandable, simple, and to some point, even fun. We’ve included powerful arguments, compelling headlines, great tips, and many other things you may find helpful. Should you not find that enough, don’t hesitate to reach us out with a writing request. A professional writer will take care of your assignment in no time at all.

Picking a Side Before Writing a Gun Control Essay

In rare cases, the professor expects his or her students to work with a ready opinion, meaning that they don’t get to decide whether they are for or against gun control when writing an essay. However, most of the time, a student is free to form an opinion on their own, meaning that their work begins with taking a stand.

To those struggling at this stage, here are some of the most popular arguments for gun control laws:

For those prone to jumping to conclusions, the facts above would be enough to decide that gun owners are more dangerous for themselves and their families than for anyone else; therefore, gun control laws are necessary – the stricter, the better. Relevant statistics reinforce this point of view, but rephrasing a popular show, being correct doesn’t necessarily mean being right. The arguments against gun control laws are crucial to fully understand the topic.

The arguments above should be enough for you to take a standpoint. We recommend taking the topic seriously, but if you don’t have much time and are focused on finishing the assignment as soon as possible, choose the ‘I am for gun control’ position. Writing a gun control essay is generally easier in that case because you can use gun violence statistics in your favor instead of explaining why these statistics aren’t always relevant to the topic.

The titles for college essays are not as important as people make them out to be – your professor will read your paper anyway. However, the chance for getting an A is higher for a paper with a strong title, and the writing process is easier when you understand what you’ll be talking about from the very beginning. So, take a look at the ones below.

5. It is far too late to restrict access to guns.

The points of view provided above gave you an understanding of the subject. If you need more arguments to support your point of view, here they are.

If You’re for Gun Control

If You’re Against Gun Control

How to Write a Gun Control Essay Properly

Just like any other paper, an essay on gun control requires you to do some research before even picking a pen up. In college, even opinion essays are not only about what you think – they’re about how you can support your opinions with facts. For other types of papers (including, for example, argumentative or persuasive ones), it becomes even more relevant, so never take your assignments lightly.

To properly write a gun control essay means to avoid various mistakes that make a paper unclear, hard to read, and useless for the reader, including the ones below.

The first mistake is not defining the main topic before jumping to the main part. The problem is common for high-schoolers, but having not been solved promptly, remains relevant for college students, too. Without defining what you’re writing about, you can’t compose a clear research paper because the reader will have to find that out by themself. While some casual readers could be fine with that, your professor will certainly not be that forgiving, so use your dictionary and save yourself from unnecessary difficulties. For a gun control essay, including additional information about various types of firearms may help, too.

The second mistake is focusing the body part of the gun control essay on your opinion and not on facts. If you have trouble adding specific information in your paper, consider:

A paper that will impress your professor cannot exist without reliable data to back your opinion up. As a rule, you want to put specifics over information that is too vague, general, or abstract.

The third mistake is not caring about the conclusion to the point the final part of the essay feels like an afterthought, a filler added because the student had to write something at the end. The conclusion part performs an important function of summarizing the paper and repeating the main points made in the body. Moreover, it includes your own conclusion that flows logically from the information provided in your essay. A paper without a decent conclusion is arguably not even a paper – just a draft with some thoughts and facts that go nowhere. Make sure not to mess everything up at the very end.

That’s it for now. Writing a great gun control essay may be challenging even for the smartest and most talented students and should be treated as such. Begin as soon as possible, so you have enough time for editing and proofreading, carefully check every source you’re going to use, and don’t hesitate to ask more experienced people for help should a problem occur. Place an order if you’d prefer a professional writer to take care of your assignment so our specialists could start right now.

How to write a narrative essay topics

Such an assignment may greatly puzzle any student, as there are many types of essays and some of them are […]

The descriptive narrative requires ambiguous language. A descriptive word is an expression that pictures a personality, a place, an occasion, […]

What Is a Good MCAT Score: Let’s Learn More about It Together

Do you know what an MCAT is? If you know how to decipher the abbreviation, you have probably got the […]