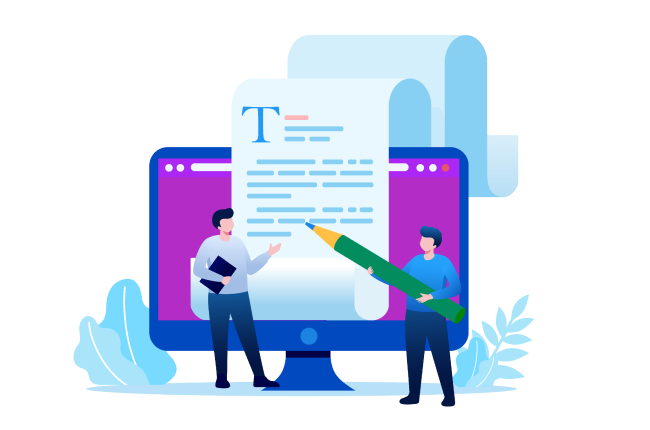 If you want to become familiar with ASA format and what it entails to write a paper using ASA format citation, the following guide will give you an insight. The style was created for correct formatting of research and academic papers in sociological sciences. This refers to formatting the body text, headers, in-text citations, and references. The following guide will highlight the main aspect and standards of ASA format for those who are not familiar with it. It is highly encouraged that students who take sociology or intend to pursue a graduate degree in the discipline to become familiar ASA Formatting Guide, which includes the editorial styles, techniques of styles, ways to present and organize content, and other details about the correct ASA bibliography format.  The ASA format title page is similar to that of APA format.

The ASA format assumes the author-date method for developing in-text citations to cite a source or providing commentary relevant to the paper. The author’s last name, the year the source was published should be stated in the text. One should ensure the same information is also included in the Reference page. As a general requirement, the in-text citations are inserted at the end of the borrowed idea and has both the writers name the year the source was published.  If the author’s name is already mentioned, then one does not need to repeat it in the practical citation. It is only mandatory to state the year of publication in the parenthesis.

Example 2: In Africa, there are many national parks with a wide range of animal species (Sidney, 2014).

If one needs to state the number of the page that is being cited, then it should be written after the year of publication, and the two should be separated with a colon.

Example: “It is apparent that many tasks in factories are being automated meaning that many people face the risk of unemployment.” (Sidney 2019: 27)

According to the rules of ASA bibliography format, all the material used in the paper should be stated at the end of the work labeled “References.” The references should follow alphabetical order starting with the author’s surname. All the lines after the first one of the entries in the list should be indented 0.5 inches. It is important to remember that the titles of books and periodicals should be italicized on the reference page. The titles of chapter or articles should be written without italics or quotation marks.

The General Points of ASA Format

ASA citation format shares some common features with the APA format created by the American Psychological Association. The two have a similar reference and citation framework.  Sources used in the paper are situated in the last section of the paper after all sections.  The entries in the reference section should be listed alphabetically, and the section should be labeled as “References.” The style can be easily recognized by the design of the header and the “author-year” format. The date of publication follows the author’s name or names of the authors. The required features of an ASA paper format are:

ASA format title page: It should have a complete toe of the paper and the names of the author as well as the institution.  One can write the address of the author to contact. All information has to be centered, with the paper’s title being formatted in bold.

Abstract: while is not a required feature, it is recommended that the paper has an abstract after the cove page. An abstract gives the reader insight into the general information about the contents of the work, along with the terms used. It is comprised of all usual information like describing any special words and terms and in-explicit abbreviations. In regards to the technical perquisites, the abstract page begins with the term “Abstract” which is centered on the page and written in the 12pt Times New Roman font. It is then followed by text that is not intended and does not go beyond 250 words to act as a summary of the main points of the paper, and any key types are typed in italics. The abstract page helps the paper to be discovered in searches and facilities the reader with a short overview of what the paper is talking about.

References page: It is the page with the sources used throughout the paper. Aside from the name of the source, one has to state the name of author or authors, year of publication, and the publisher’s name. The order by which the information is arranged is important.

Some of the main aspects of APA format are discussed below:

If you are a law student, you probably have heard a lot about a case brief. Even if you have […]

How to write a narrative essay topics

Such an assignment may greatly puzzle any student, as there are many types of essays and some of them are […]

Why Does Research Paper Format Matter?