Reflective Essay Example for Your Reference 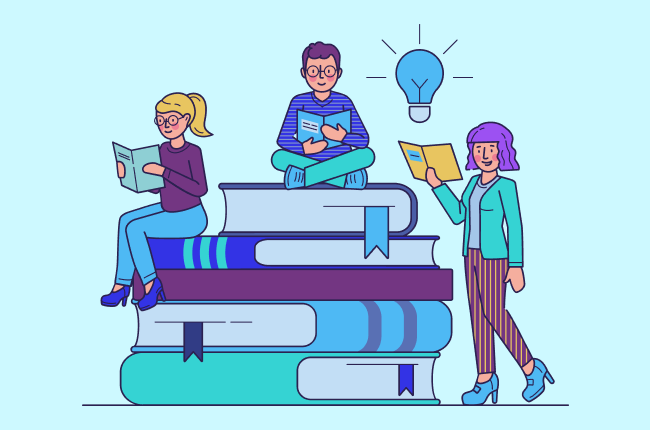 My topic on the analysis of urban policies greatly determined the necessity to communicate with people and conduct surveys. Obviously, simple studies of books and various resources, even very useful and interesting, were not enough for solid work.

While interviewing people, especially unknown, is not an easy thing itself, interviewing people on various political matters is twice challenging. Never really know what you have to face during these conversations. Simple thing – political opinions of people are always based on their mindset, life experience, aspirations, perhaps, on their pain.

However, from my perspective, it was even interesting to conduct such a survey on my own and not to refer to the results of any ready-made questionnaires. Actually, I never relied very much on any surveys held by consulting companies. Despite their great professionalism, I was sure in things perceived personally was always much more convincing for me than any statics data or survey results. However, I found no reason for denying some publicly available data and techniques that professional survey companies use in their practice. A good experience is always worth to be implemented. After choosing my methodology, I switched to another important thing I had on my agenda – planning. I needed to form, first of all, a clear vision of my survey and its outcome.

At the first stage, it was quite difficult to imagine the overall process of these interviews: my communication approaches, how will I choose people, and the most important – what questions should I ask to receive more or less objective information. Such a huge amount of open questions emerged only because of the lack of knowledge. Additional preparatory work enabled me to receive answers I was looking for. My research included studies of various theoretical books, ready-made questionnaires, results of previously held surveys. I reflected a lot with regard to all information I managed to gather, selecting the most related and reliable among such.

I was lucky to have plenty of time for this assignment; however, I was really glad that I had started in advance for doing everything well. You know a lot of interesting literature I found during my research made me devote more time than I had planned before. But it was worthy, definitely was. Some books that were not related directly to the subject of my master’s paper, however, inspired me significantly and helped to form a clearer vision of my work and upcoming survey, especially concerning my target group.

My choice was to select people from various social groups – from local elites and officials to ordinary workers – and investigate opinions concerning recently implemented local policies. Surveys were based on the lists of open-ended and closed-ended questions that enabled my respondents to give extensive answers only. Actually, at the early start of my work on these questions, I emphasized first of all people’s feelings and attitudes towards the subject of my survey. I was sure that only personal dialog like between good acquaintances could provide high response rates and reliable results for my work. I used plenty of sources to select potential respondents taking into account their activities, social status, publicity, age, work experience. To form my sample more effectively, I created a ratio for each main group – for the elites, along with officials, as well as for the group of ordinary citizens. Supplementary were formed secondary ratios to range representatives inside of each group. In this way, with the help of official statistics, I had formed a more or less objective view of my local community.

Afterward, were conducted specific interviews for certain groups of respondents. Unfortunately, not all representatives from local elites and officials agreed to carry out such interviews for some personal reasons. Even official letters were not helpful. In the end, my first group was formed out of public persons who constantly searched for chances to communicate with local society and officials whose job functions included communication with citizens.

While another group of ordinary people, like workers, housewives, was very large, I needed to think about how to find and select my potential respondents, proactive first of all. Searching and communication via self-made advertisements placed in various local clubs, schools, large and medium enterprises brought necessary results. I managed to find active citizens I was exactly looking for, even in excess of the required number of respondents. So, slight corrections to my plan were required before moving to the next stage.

Predictably, interviews were different depending on the group of people. Time varied from thirty minutes up to a couple of hours. People from the first group of elites and officials obviously devoted less time, as I expected. Interviews of such respondents were far away from standard communications. They were trying to make or maintain some perfect image of themselves rather than communicate like ordinary people. So, it took additional efforts to verify in mind whether a person answered fairly or not while I was trying to make some notes – it was not advisable to interview the elites using any recording devices to avoid evasive responses. But practically, I had a lot of anxiety even without using such devices, as the personal image of themselves predominated over their true nature – frankly speaking, they did not strive to express it very much. So, it was hard for me to see an ordinary man or woman behind his or her social status. Only open-ended questions and, I guess, my ability to build rapport enabled me to receive more or less sufficient information for my survey.

Interviewing ordinary people from the second group was much more enjoyable in view of their fairness and openness. My efforts to build trust with my respondents brought extremely valuable results. People turned to be more cooperative, as I expected, and shared their reflections freely regarding recently implemented urban policies and even more – with their ideas on how to enhance such.

Processing all information after its collection was the following stage of my research. While it was an enjoyable thing to communicate with people, it was hard for me to make some extract for my master’s paper from all information I had. I wanted to tell you about nearly everything. So, selection methods were determined by my purpose to identify predominant points of view, their reasons, and, far more, I wanted to see certain tendencies. Grouping similar results and their analysis helped to find things I was looking for.

My fieldwork was supplemented with theoretical resources and expert opinions I managed to select. Such combination enabled me to form a comprehensive master’s paper I exactly wanted to write and even more – I add some excessive part of my paper with ideas of my respondents. They were so sound that I had no right to remain, such in my notes only.

Looking back, I see that oftentimes my research process was even stressful. But this was also a good lesson to become resilient and maintain focus on the main things. Simple from the first glance, my paper was preceded with a lot of useless writing attempts and a number of rewrites.

As my research and master’s paper have already been completed, now it is obvious that any fieldwork never goes as precisely as planned and what significant importance had my plan for this uncertainty. On reflections, I also see that it is always better to have some back-up options for any aspects of work so as not to waste time to re-strategize during the process if something goes out of your plan. Anyway, any working nuances cannot overshadow your feeling of satisfaction when your work is finally completed in a manner that you exactly wanted. This feeling is really enormous.

How To Write A Conclusion Appropriately

A research paper is a document that helps teachers test a student’s knowledge. Therefore, such a paper must be approached […]

The Tragic Hero Definition and Key Features of This Category

First of all, let’s figure out what the tragic hero definition is and what influence this character can have on […]

Reflective Essay Example for Your Reference

My topic on the analysis of urban policies greatly determined the necessity to communicate with people and conduct surveys. Obviously, […]