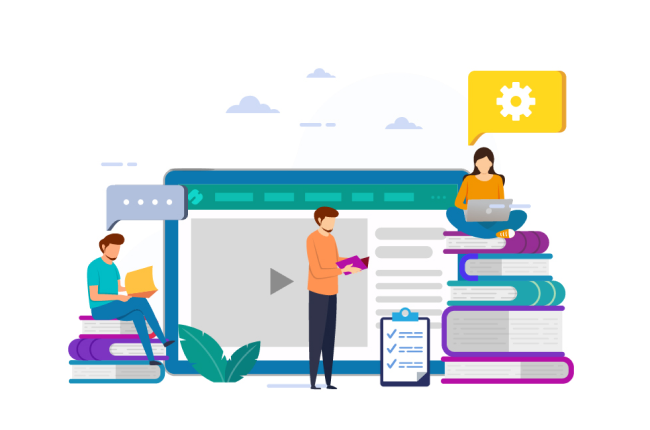 At first, it may seem that the film analysis essay is a simple and fun task. All you have to do is to watch a film and then tell about your impressions. What can be simpler? However, the reality is completely different.

In most of the cases, when a movie ends, you catch yourself staring at a piece of paper and not knowing how to start, what parts to include and which things to discuss in your analysis. However, knowing these peculiarities is already half of success, so if you want to know how to write a film analysis essay you should start with theory.

What is a film analysis? It is a process when you analyze a given film in terms of the structure, context, scenes, semiotics, and other important issues. If these terms are not familiar to you, don’t worry! We will discuss them below.

Basically, film analysis is similar to the analysis of a book (or any other text), because it is a more specific form of a rhetorical essay. You need to evaluate the content, images, and phrases critically. That is why, when working on your film analysis, it is critical to provide relevant information, arguments, and the latest details.

However, film analysis is more challenging than a literary one, because the film includes not only textual elements but also audiovisual content, which makes a movie more dimensional and gives more things to analyze. Apart from dialogues, you will also need to write about actors, colors, angles and lighting.

Don’t panic! All these elements act like words in the hands of screenwriters, directors, and producers. In addition, both films and books have the same elements like characters, plot, dialogues, symbolism, setting and so on. That is why it is not that difficult to analyze a film if you have already worked on literary analysis.

Read our guidelines attentively and we guarantee that you will get all the necessary information on the content of your future film analysis, it’s formatting and crucial elements. Our experts will share the best tips with you absolutely for free!

The film analysis essay outline is quite similar to an outline of other academic assignments but still has a few peculiarities. Here are the elements your film analysis should contain:

Let us discuss each of them in more detail.

The first part of your essay must contain basic information about the movie. Here is where the movie title in essay should be placed, as well as names of directors, release date and so on. The introduction aims to familiarize readers with the background data of the film. A good idea will be to read the filmmaker’s biography, because it may give you additional details and more material for the essay.

You should also write about the main topic and ideas of the movie, explaining why it was filmed. You can also share your own opinion but it must be backed with reasoning and arguments not to sound too subjective. Finish your introduction with a thesis and explain what you will focus on in your work.

After finishing the introductory section, you need to work on the summary. The first thing to remember is to write an essay as if your teacher has never seen it before. In such a way you will never miss out on important film elements. In case you worry whether you have covered all the topics, answer the Five Ws:

Back every statement with examples and quotes from the movie, because without them your analysis may seem poor and will lack personality.

The analysis is situated in the heart of the film analysis worksheet. It is the central part of your analysis and shows your critical evaluation of the film and your opinion about it. Here is where you provide arguments and support them with claims and facts from the movie.

Unlike a literary source, the film has more dimensions, so there are more elements that you need to analyze. They include:

A good movie follows a particular sequence of scenes, events, development of characters and conversations. These are the things you need to analyze when it comes to the scenario. Once you watch the film, reproduce it and see whether you have understood the sequence of events and actions of the main actors.

If you find it quite difficult to explain why something happened, most likely the script isn’t that good.

Director is a person responsible for all aspects of the filming process: following the scenario, building plans, giving tasks to actors and so on. This part of your analysis should focus on whether the director managed to complete all of the tasks above. You can compare the analyzed film to similar ones, which can become a source of additional information for your work.

Actors are one of the most important elements of a movie. They bring to life the script and ideas of the director. After watching the film think whether acting was realistic and whether they managed to depict characters properly.

You can also think whether acting meets the main idea of the movie and your thesis statement.

Even though you may think that music is not so important, it plays a crucial part in the atmosphere of the film. It influences the mood and tone of the movie and may even affect the general impression. Your task is to try and evaluate whether the choice of music is appropriate and what impact it may have on the events on screen. Is it distracting or complements the story?

Visual elements include costumes, make-up, visual effects and other minor parts of the movie. They create the atmosphere of the movie, so you shouldn’t neglect this part of your research. Visual elements become crucial for historical movies because they are aimed to render a specific time.

Pay attention to the way actors look and how special effects are used to achieve a particular effect. However, you must concentrate only on the elements that relate to your thesis. If you decide to discuss all the special effects you risk of making mishmash out of your analysis.

In the final section of your analysis, you will need to restate the thesis statement and provide a summary of all the things you have discussed throughout your essay. You can also say whether you recommend readers to watch the movie or not.

How to write a film analysis? Types of analysis

If you decide to download a film analysis essay example you should first understand what type of analysis you need to complete. The most popular types include:

This type of analysis means that you need to understand and render the meaning of symbols and signs. For example, analogies and metaphors. In such an analysis you can describe what signs may describe a character’s personality, plot and other parts of the movie. You can also tell which elements of appearance may show what intentions a person has.

You can pay attention to clothes, gestures and other not-so-obvious elements that will surely help you to evaluate the plot and characters.

As you get from its title, narrative analysis is an analysis of the plot, characters and the topic. Here you need to tell about the setup, confrontation, and resolution. Break your analysis into these three elements and you will have a ready narrative analysis!

When writing a contextual film analysis, the writer needs to think of the movie as a part of a larger context. For example, time, place and culture of the movie.

Here are the questions you may discuss:

As you see, there may be hundreds of topics discussed in contextual analysis and the only limit is your imagination.

The fourth type of analysis aims to analyze the arrangement of components in the movie. For example, audiovisual content, special effects and so on. All these elements distinguish a movie from a book, so you surely need to discuss them in your analysis.

However, you should not simply enumerate those elements but also to explain why they are important and how they influence the scene and the plot.

Don’t know how to analysis a film? Get professional help!

As you can see, film analysis is both fun and challenging. You need to follow lots of requirements and formatting peculiarities in order to create an interesting and professional paper. On top of it, different educational institutions may have their own demands. For example, Princeton or Yale film analysis. To be on a safe side, you should always start writing the paper getting familiar with the guidelines of your school or college.

If you lack time, don’t have a mood for the task or not sure how to write the analysis properly, we are always there to help! Our team of experienced writers and editors is happy to help you deal with any film or any other academic paper no matter how urgent and difficult it can be. You can always rely on us!

The University of Southern California (or simply USC) is a private university, which is located in Los Angeles. In 2018 […]

A rhetorical analysis essay is another type of written task that student has to make in the course of studies. […]